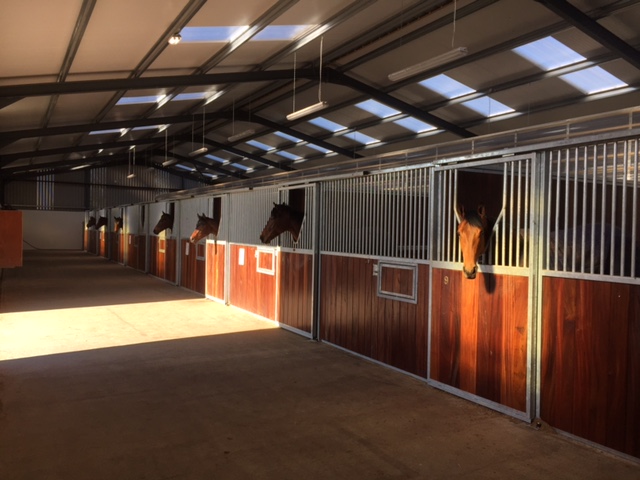 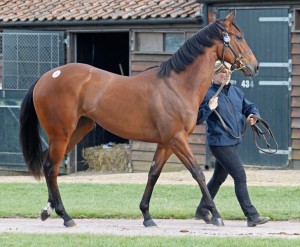 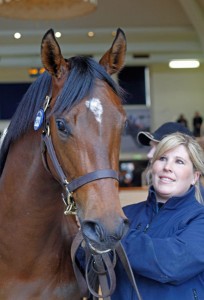 A daughter of War Front (Lot 233) out of the winning mare Pastel Gal (Lemon Drop Kid) gave McCartan another memorable day when selling to David Redvers for 270,000gns – well ahead of the price her vendor paid last year when he bought her outside the ring – and he had earlier reaped 180,000gns when selling an Invincible Spirit filly (Lot 181). The pair became the second and third-highest priced fillies to change hands at this one-day auction, albeit some way behind a daughter of Mr Greeley, who made 470,000gns in 2008.

The War Front had been led out unsold at $85,000 when she appeared as a yearling at Keeneland in September, but McCartan, who trades as Gaybrook Lodge Stud, approached consignor Suzi Shoemaker and struck a deal.

He had bought the Invincible Spirit at Goffs for €39,000. He is not the biggest consignor of breeze-up horses, but  McCartan has had the Midas touch this year, headed by a High Chaparral colt he traded for 800,000gns at Tattersalls’ Craven Breeze-Up Sale after being bought for a humble 41,000gns last year.

Reflecting on a breeze season which has been extended into June – when Goffs stages an eve-of-Royal Ascot auction – McCartan said: “We have had our best year, but we probably spent more on yearlings – we wanted to try and buy nicer horses and upgrade the thing a bit, and it seems to have paid off. I have the nice job of travelling to the sales and trying to buy and sell nice horses, so I have to rely upon a very good team who are dedicated to getting the best out of the raw material.”

For Redvers the War Front filly’s purchase was an unequivocal decision from the moment she lit up the Rowley Mile with a breeze that signalled she was the fastest filly on display.

Acting for Sheikh Fahad, he had to dig deep to head spirited interest from agent Stephen Hillen, who was standing near the ring entrance with trainer Kevin Ryan. Ironically, Ryan is one of the Sheikh’s trainers, and today, at Newmarket, he saddles Hot Streak – a 42,000gns purchase by Redvers at this sale – for him in the Gr.3 Pearl Bloodstock Palace House Stakes.

Yet it is another breeze-up purchase from McCartan, Lightning Thunder, who is arguably of greater significance this weekend, for she carries Sheikh Fahad’s colours in tomorrow’s Classic, the Gr.1 QIPCO 1000 Guineas.

Redvers said: “Our experience of Jim’s horses is that they breeze like rockets, and run like rockets in races, too. This was by far the nicest filly and she did the quickest time with her ears pricked. She is a bit dip-backed and back at the knee, but it doesn’t stop her running.”

War Front has become the hottest stallion in Europe not standing in Europe – a resident of Claiborne Farm, the son
of Danzig began stallion life in 2007 at a fee of $12,500 but now requires $150,000 for his services.

Royal Ascot winner Declaration Of War promoted him on this continent last year, and one of his colts set a new European record at the Craven Breeze-Up Sale a few weeks ago when knocked down to Coolmore Stud interests for 1,150,000gns.

Redvers said: “We’ve been hooked on him for a long time – way before he became so fashionable – and we’ve sent mares to him.”

Jim McCartan’s double dose of luck was completed by the sale of an Invincible Spirit filly who enters the Shadwell fold.

One of four winners produced by the Machiavellian mare Golden Flyer, she joins Newmarket-based trainer Ed Dunlop, who bid in person and headed interest from agent Ross Doyle. The latter bought McCartan’s aforementioned 800,000gns son of High Chaparral at the Craven Sale.

Sheikh Hamdan’s racing and bloodstock manager, Angus Gold, subsequently said: “We tried to buy a horse for Ed to train at the last sale [Craven Breeze-Up], but failed, and he liked this filly very much. She looked quite sharp in her breeze – it was just unfortunate Mr Hannon [Doyle’s client Richard Hannon] decided to join in.”

Gold admitted that breeze-up buying is not his premier forte, and that the individual, rather than the time they achieve in their breeze, was a factor when buying. “I’m not a huge clock fan,” he said, “but she vetted well and Ed was pleased with her breeze.

“She’s quite a big filly considering how well she breezed, but we will give her a bit of time.”

McCartan said of the filly: “She did  particularly well during the winter and was a very nice, kind filly who was easy to prep. She showed herself well all week.

“I had two Invincible Spirit fillies to sell, so sent one to the Craven – where she made 210,000gns – and kept the other one for this sale. I thought she would do well at this event, and it’s paid off.”